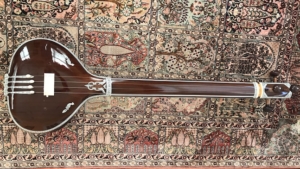 Whenever I get an email about an upcoming concert series from an Indian Classical music organization here in USA, I open it eagerly hoping to see a local musician’s name. Not in auxiliary, subsidiary or substitute slots, but as main concert performers in a ticketed slot. Still waiting for it. India produces a ton of new talent every year that deserves to be heard, and organizations are doing an excellent service of identifying, sponsoring and bringing them to us. But why the apathy towards our neighborhood musicians? Does it matter where the talent is coming from, as long as it is true? For a change, I am going to play favorites here, and say that I want to see musicians from my adopted homeland up on those prime slots too.

In a recent two-part article I wrote about some of the issues that we face in early Carnatic music education in the United States. Those thoughts naturally lead to a conversation about the sustenance of Carnatic music in America, and the challenges that the next generation might face in taking it forward. Among the first generation Indians who settled here in the 80s and 90s, and the second generation born and brought up in North America, the “locals” can boast a fair share of Carnatic musicians who are qualified to perform at a professional level. At this time, members of the third generation have probably taken their first steps into learning Carnatic music and some will soon join the ranks of performers. What are the aspirations of this growing community of American Carnatic musicians? How do we motivate them? Do they have role models in the communities they belong to whose trajectories they can emulate?

Most of the first generation of musicians who have settled in our communities came here in pursuit of educational and economic opportunities. Establishing a music career in America may not have been their primary goal. Nevertheless, many of them, including myself, ended up pursuing music full time. Across the country, a number of my colleagues impart music lessons, organize events, and shoulder  many more community responsibilities while also holding other full time jobs. The first-generation musicians have ungrudgingly accepted the fact that they exist in a sort of ‘Trishanku Swargam’, accepted as sponsor-worthy performing musicians neither here in America (we are “local” musicians, hence inferior), nor in India (we are NRIs, and hence inferior). Let me be clear that this is not a personal appeal for concert opportunities, but I won’t lie—I missed performing frequently in my younger days, even in smaller, uncompensated slots, as did many of my musician friends. Our generation somehow got completely sidelined, partly due to the continuation of the early practice of bringing artists exclusively from India, since there was a dearth of high caliber performing artists here. Those days are long gone.

Performance remains the most popular goal of Carnatic music learners, naturally, for, it is a performance art. Consistent concert opportunities are essential for performers to grow their creativity, and to develop the stamina for long stage gigs. I meet immensely talented young individuals in America competent enough to perform (and articulate) nuances of the art form expertly, only to discover that for many, interest in performing dulls down as they start managing their own adult lives. At the same time, we see an increasing number of competitions and other community efforts to push students into learning Carnatic music. If you are an organizer, and you see that a member of your community has achieved tremendous potential, would you support them with better opportunities right here, or would you rather have them make the tough choice of having to go to India to prove themselves first?

Many of our musicians, belonging to both the first and second generations, have earned their reputation as performers of high caliber. They are keen on maintaining it, while living right among us in their chosen hometowns. Many more will surely work to get there, if they are given more attractive opportunities. By offering all the prestigious platforms exclusively to visiting Indian artists, and none to the deserving musicians of our own communities, aren’t we sending signals to the American aspirants that no matter the quality of their music, no matter how high they reach, they will never be accepted in their own communities as competent musicians? Don’t we need to support our own brilliant musicians and show them that those main slots in the various sabhas across the country can be theirs too, if they work hard?  Unfortunately, the  “locals” are expected to first prove that they can garner a ticketed audience. Proving sponsor-worthiness and getting sponsored opportunities are interdependent, aren’t they? It also takes a few years of regular performance opportunities, not just one concert, for any artist to build a reputation.

Efforts start small, and generate results in about five years. As an example, the various prestigious competitions and youth awards for Carnatic music were non-existent in America 25 years ago. Unquestionably, we see that they have played a key role in raising the performance standards in America. This is not a baseless claim; eminent musicians from India have confirmed repeatedly in their public speeches here, that the musical caliber of American artists is indeed very high.

I have faith that there will be huge pay offs in five to ten years if all local sabhas start offering a percentage of their ticketed concert slots to the growing number of high caliber musicians based in America. It will create a positive environment for our musicians to work and be accepted in their own home communities. Among us, there is a sufficiently large number of not only performers who can deliver, but also organizers who can select artists diligently.  If the musical standards are high enough, the artists and the general public will eventually accept our own sabhas to be as prestigious as sabhas in India.

I reiterate that I am not calling for a ban on visiting artists. We are on the cusp of major transformations in the Carnatic music scene of America. New epicenters for Carnatic music are being spawned all over the world. Our ways of shaping our Carnatic communities have to keep up with changing times. Let us not treat our own musicians who are building the Carnatic music communities in America as second class citizens. A few organizations are beginning to take a step in the right direction. Let us hope that the awareness about these issues will prompt many more to step up their efforts.

You might be thinking that it is not as simple as it sounds. Yes, there are many more factors to be considered. Looking at these issues in a little more detail, my next blog post will be based on interviews with the first and second generation of Carnatic artists from America on their professional performance experiences.