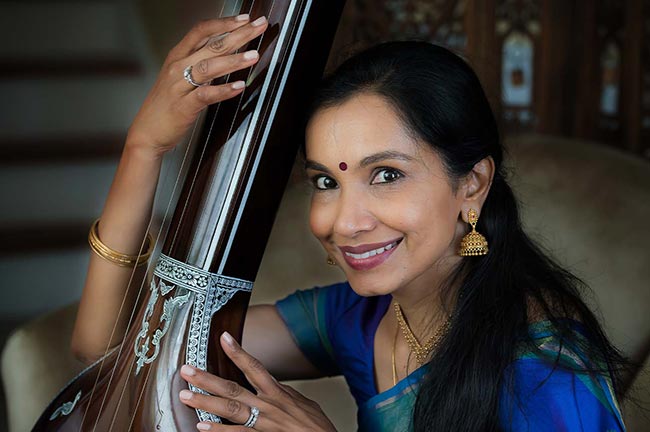 Introduced to music by her mother Smt. Vijayam Ranganathan, Rajeswari began her formal training with Sri M.A. Venugopal at the age of seven. She received the Cultural Talent Search Scholarship from the Government of India to continue her training with Sangeeta Kala Acharya Sri C.S. Krishna Iyer for the next ten years. Rajeswari then studied with Padma Bhushan Sri P.S.Narayanaswamy, acquiring nearly twenty years of rigorous training. Rajeswari has had the opportunity to learn further from other illustrious gurus such as Padma Bhushan Lalgudi Sri G. Jayaraman, Sangeetakalanidhi Smt. R. Vedavalli, Sangeeta Kala Acharya Smt. Suguna Varadachari and Sangeeta Kala Acharya Seetha Narayanan on various occasions.

As a young student in India, Rajeswari won several prestigious awards at numerous state and national level competitions. These include prizes at the Madras Music Academy, the Sangeet Natak Akademi, and consecutive top prizes at the Kerala State Youth festivals. At nineteen, she began performing at All India Radio as an accredited artist.

After completing a degree in Civil Engineering, Rajeswari acquired a master’s degree in Computer Science from the United States. After a few years in the software industry, she chose to focus primarily on music. In her teaching, practice, and performance, Rajeswari aspires to the high musical standards set by her esteemed gurus.

Rajeswari has performed extensively in India, including the various venues in Chennai during the December music season, and in prestigious venues in the USA (such as the Cleveland Aradhana, CMANA, New Jersey) and in the UK (such as Nehru Center and Milapfest). She has trained many students from beginner to full-fledged concert performance levels, many of whom have won top prizes in national level competitions in the USA. For two consecutive years, Rajeswari received a Folk Arts grant from the state of New Jersey to impart advanced training to her student. A familiar face in the community, Rajeswari has served as a key member at Yuva Sangeetha Lahari, an organization that promotes youth talent in Carnatic music, and as a founding member at Sunaadam, an organization of performing and teaching musicians settled in the USA.

At present, Rajeswari is a doctoral student of Ethnomusicology at The Graduate Center, CUNY. 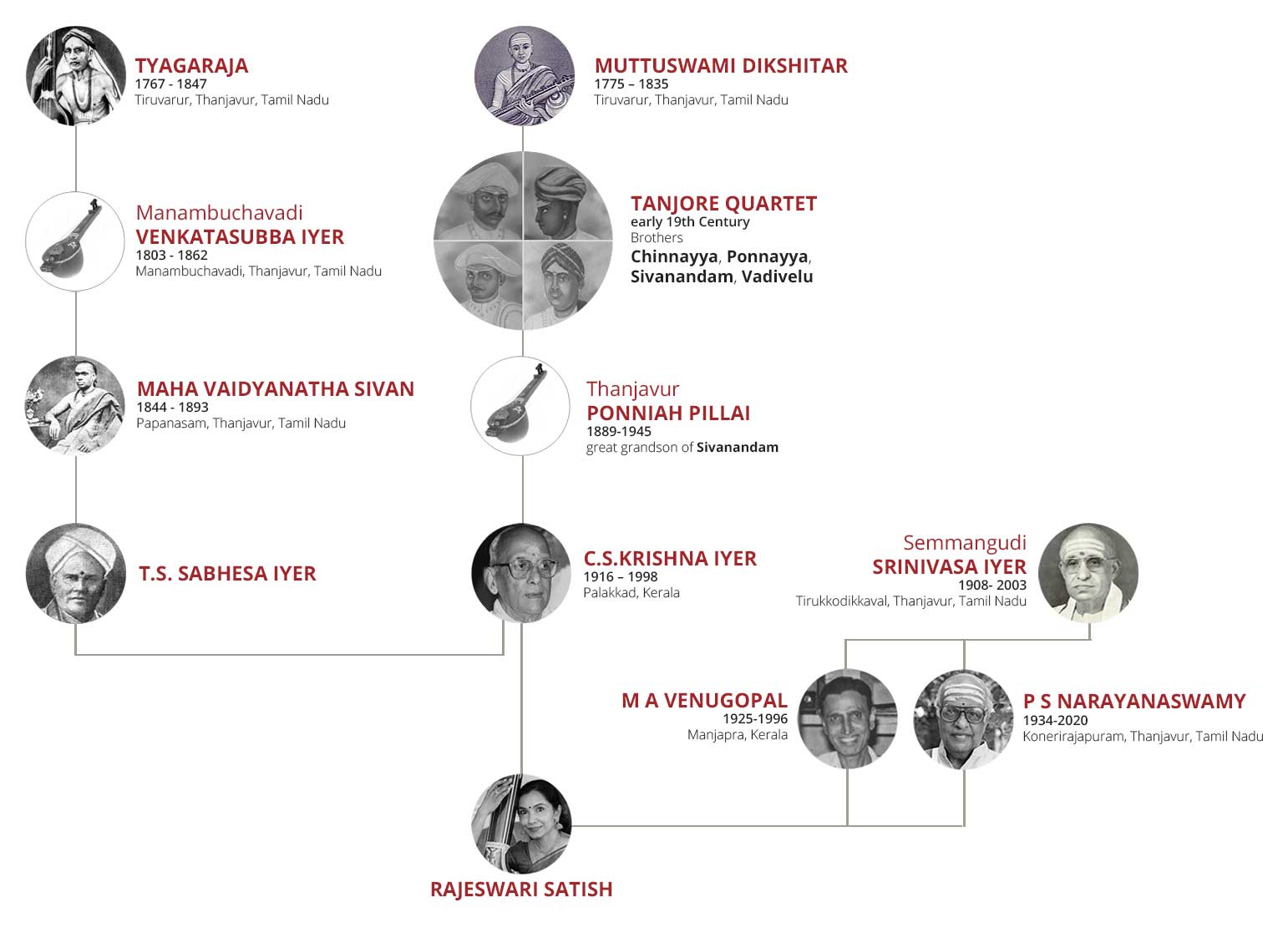